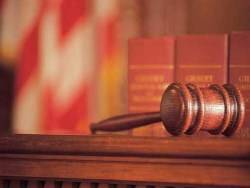 What is the stance of the Jewish and Christian scriptures on women’s inheritance?

We can say that the stance of the Christians is summarized in this statement in Mathew [5: 17] where it says, “17Do not think that I have come to abolish the Law or the Prophets; I have not come to abolish them but to fulfill them.”

This indicates that the Christians’ viewpoint is subordinate to that of the Jews and is derived from the laws of the Old Testament.

So, let us check the holy scriptures of the Jews and Christians to be acquainted with their point of view on that issue as part of the way they regard women.

In these scriptures, women are not entitled to inheritance, and they have the right to inheritance only in one case: when they do not have male siblings.

What is even worse for the woman is that she is not only deprived of inheritance, but also deprived of her dowry — a right that Islam grants her. Moreover, she is the one required to pay a dowry to the one who proposes to her. She pays him so that he will agree to marry her. Otherwise, she will remain a spinster.

In fact, talking about the issue of women’s inheritance in Jewish and Christian scriptures is pointless, because women themselves are part of the inheritance as deemed by Jews and Christians.

The widow is part of the inheritance belonging to her husband’s brother, who would consequently marry her even if she does not approve of him or even hates him.

In reality, this process is not marriage in the known sense of the word; rather, it is inheritance or, more precisely, rape.

5 If brothers are living together and one of them dies without a son, his widow must not marry outside the family. Her husband’s brother shall take her and marry her and fulfill the duty of a brother-in-law to her.

6 The first son she bears shall carry on the name of the dead brother so that his name will not be blotted out from Israel.

7 However, if a man does not want to marry his brother’s wife, she shall go to the elders at the town gate and say, “My husband’s brother refuses to carry on his brother’s name in Israel. He will not fulfill the duty of a brother-in-law to me.”

They considered the woman a mere animal that is inherited by the family of the deceased who are absolutely free to dispose of her.

Has anyone read, heard or imagined a more offensive way of degrading women, their humanity, femininity and chastity than this?

As the previous text from the book of Deuteronomy is the Canon (or The Rule), let us read about the application of this Canon in the Book of Genesis [38: 6-11]:

6 Judah got a wife for Er, his firstborn, and her name was Tamar.

7 But Er, Judah’s firstborn, was wicked in the LORD’s sight; so the LORD put him to death.

8 Then Judah said to Onan, “Lie with your brother’s wife and fulfill your duty to her as a brother-in-law to produce offspring for your brother.”

9 But Onan knew that the offspring would not be his; so whenever he lay with his brother’s wife, he spilled his semen on the ground to keep from producing offspring for his brother.

10 What he did was wicked in the LORD’s sight; so he put him to death also.

11 Judah then said to his daughter-in-law Tamar, “Live as a widow in your father’s house until my son Shelah grows up.” For he thought, “He may die too, just like his brothers.” So Tamar went to live in her father’s house.

This text narrates the application of the theory of inheriting the widow by the deceased’s brother.

The example here applies to Er, the son of Judah who died and left his wife, Tamar. Therefore, Judah commanded his son Onan, Er’s brother, to live with his brother’s widow so as to give birth to a boy carrying the name of Er.
Is there any dissolution worse than this?

Let us complete the worst part of the story. When Onan knew that his children from Tamar will carry the name of his dead brother, not his own name, he did not approach Tamar. Therefore, the God of the Holy Book became angry with Onan and put him to death.

Consequently, Judah ordered his daughter-in-law Tamar to go back to her father’s home until his third brother grows up and inherits her.

12 After a long time Judah’s wife, the daughter of Shua, died. When Judah had recovered from his grief, he went up to Timnah, to the men who were shearing his sheep, and his friend Hirah the Adullamite went with him.

13 When Tamar was told, “Your father-in-law is on his way to Timnah to shear his sheep,”

14 she took off her widow’s clothes, covered herself with a veil to disguise herself, and then sat down at the entrance to Enaim, which is on the road to Timnah. For she saw that, though Shelah had now grown up, she had not been given to him as his wife.

15 When Judah saw her, he thought she was a prostitute, for she had covered her face.

16 Not realizing that she was his daughter-in-law, he went over to her by the roadside and said, “Come now, let me sleep with you.” “And what will you give me to sleep with you?” she asked.

17 ”I’ll send you a young goat from my flock,” he said. “Will you give me something as a pledge until you send it?” she asked.

“Your seal and its cord, and the staff in your hand,” she answered. So he gave them to her and slept with her, and she became pregnant by him.

19 After she left, she took off her veil and put on her widow’s clothes again.

20 Meanwhile Judah sent the young goat by his friend the Adullamite in order to get his pledge back from the woman, but he did not find her.

22 So he went back to Judah and said, “I didn’t find her. Besides, the men who lived there said, ‘There hasn’t been any shrine prostitute here.’”

23 Then Judah said, “Let her keep what she has, or we will become a laughingstock. After all, I did send her this young goat, but you didn’t find her.”

24 About three months later Judah was told, “Your daughter-in-law Tamar is guilty of prostitution, and as a result she is now pregnant.” Judah said, “Bring her out and have her burned to death!”

25 As she was being brought out, she sent a message to her father-in-law. “I am pregnant by the man who owns these,” she said. And she added, “See if you recognize whose seal and cord and staff these are.”

26 Judah recognized them and said, “She is more righteous than I, since I wouldn’t give her to my son Shelah.” And he did not sleep with her again.

It is strange that this incest produced a person who is well-acclaimed according to the gospels. It is Jesus Christ, the God of the Christians.

Once more, but not the last time, who does justice to women and who wrongs them?

Woman before and after Islam

How Islam Has Protected the Rights of Woman