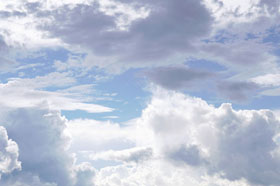 Description: How Mercy is manifest in God, and examples of the mercy of the Prophet and his Companions .

“The willingness to forgive and not to punish” is a definition frequently used for the word mercy, but what is mercy in Islam?

With Islam, mercy was given a deeper meaning that created a vital aspect in the life of every Muslim, which he is rewarded by God for showing.

God’s mercy, which is bestowed on all His creatures, is seen in everything we lay eyes on: in the sun that provides light and heat, and in the air and water that are essential for all the living.

These two attributes are mentioned in the phrase recited at the beginning of 113 chapters of the Quran:

“In the name of God, the Most Gracious, the Most Merciful.”  This phrase is a continuous reminder for the reader of God’s endless mercy and great bounties.

God assures us that whoever commits a sin will be forgiven if he repents and ceases this act, where He says:

“Your Lord hath inscribed for Himself (the rule of) mercy: verily, if any of you did evil in ignorance, and thereafter repented, and amend (his conduct), lo!  He is Oft-Forgiving, Most Merciful” (Quran 6:54)

This verse is affirmed by the narration of Prophet Muhammad, in which he said that God said:

“My mercy prevails over My wrath.”

Reward for kindness and compassion was also assured by the Prophet Muhammad:

“The merciful are shown mercy by the All-Merciful.   Show mercy to those on earth, and He Who is in heaven will show mercy unto you” (As-Suyuti).

Concerning Prophet Muhammad’s mercy, it is best to mention first what God Himself has said about him:

…which assures that Islam is founded on mercy, and that God sent Prophet Muhammad, may the mercy and blessings of God be upon him, as mercy to all creatures with no exception.

God also says in the Quran:

“Now hath come to you an Apostle from amongst yourselves: it grieves him that ye should receive any injury or difficulty: ardently anxious is he over you: to the believers is he most kind and merciful” (Quran 9:128)

These verses were clearly manifested in the Prophet’s manners and dealings, for he bore many hardships for the sake of conveying God’s message.  The Prophet was also most gentle in guiding his people, and whenever they used to harm him he always asked God to pardon them for their ignorance and cruelty.

When describing the Companions God says in the Quran:

“Muhammad is the Apostle of God; and those who are with him are strong against unbelievers, but compassionate amongst each other” (Quran 48:29).

Some people may think it obvious for Muhammad to be moral, because he is a prophet, but the Companions were ordinary people who devoted their lives to the obedience of God and His Prophet.  For instance Abu Bakr As-Siddiq dedicated all his wealth for buying slaves from their brutal masters and then he set them free for the sake of God.

When once clarifying the right concept of mercy to his Companions, the Prophet said that it is not by one’s kindness to family and friends, but it is by showing mercy and compassion to the general public, whether you know them or not.

Some of the heartless pre-Islamic traditions were the offering of one’s child as sacrifice for deities and the burial of girls alive.  These acts against children were strictly prohibited by the Quran and Prophetic Sunnah many times.

As for the Prophet’s mercy towards children, he was once leading the prayer and his grandsons, Al-Hasan and Al-Husain, were still young boys playing and climbing over his back, so in the fear of hurting them if he should stand, the Prophet prolonged his prostration.  Another time, the Prophet performed his prayer while carrying Umamah, his granddaughter.

This kindness of the Prophet was not only bestowed on his own children but also extended to children playing on the street.  As soon as seeing the Prophet, they would run to him, and he would receive them all with a warm smile and open arms.

Even during prayer the Prophet’s innate kindness was clear, as he once said:

“(It happens that) I start the prayer intending to prolong it, but on hearing the cries of a child, I shorten the prayer because I know that the cries of the child will incite its mother’s passions” (Saheeh Al-Bukhari)

In many situations the Prophet taught us how children should be brought up in a kind and loving atmosphere, and that they should not be beaten, or hit across the face, to avoid their humiliation.  When a man once saw the Prophet kissing his grandson, he was astonished at the Prophet’s leniency and said, “I have ten children but I have never kissed any one of them.”  the Prophet replied,

“He who does not show mercy, no mercy would be shown to him” (Saheeh Al-Bukhari)

Just a Stroke of Hair

When God mentioned orphans in the Quran He said what means:

“Therefore, treat not the orphans with harshness” (Quran 93:9)

In accordance with this verse came the manners of the Prophet towards orphans, for he said:

“I and the person who looks after an orphan and provides for him, will be in Paradise like this,” putting his index and middle fingers together. (Abu Dawud)

In order to make the orphan feel appreciated and that if he has lost the affection of his parents there are still people who are willing to love and care for him, the Prophet encouraged kindness by saying that a person is rewarded by good deeds for each hair he strokes on an orphan’s head.

The protection of the orphan’s property was clearly confirmed by God and His Prophet.  For instance, God says what means:

“Those who unjustly eat up the property of orphans, eat up a fire into their own bodies: they will soon be enduring a blazing fire!” (Quran 4:10)

A Prophetic saying also informs us that one of the seven most grievous sins is the devouring of the orphan’s property.

Could This Be War?

Mercy in Islam also extends to enemies, in times of war and peace, as Prophet Muhammad used to urge his Companions to maintain family ties with relatives who were still disbelievers by calling on them and giving them gifts.

As for times of war, God commands Muslims to grant refuge to enemies if they should ask for it, and forbids anyone to harm them.

This is stated in the Quran, where God says what means:

“If one amongst the pagans ask thee for asylum, grant it to him, so that he may hear the word of God; and then escort him to where he can be secure.  That is because they are men without knowledge” (Quran 9:6)

As for the Prophet, he forbade his Companions to harm the elderly, injured, women, children, and people in places of worship.  Also, destroying fields was forbidden.  Defacing the corpses of enemies was strictly banned and giving them rapid burial was commanded out of respect.

The Prophet’s orders regarding captives were strictly obeyed by his Companions.  In one of the stories about a battle related to us by a captive, he says that he was staying with a Muslim family after being captured.  Whenever they had their meals, they used to give him preference by offering him bread while they would eat only dates.

When the Prophet, may the mercy and blessings of God be upon him, victoriously entered Makkah after defeating the Quraish, he approached them and asked:

“How do you expect me to treat you?”

Then the Prophet announced, “I speak to you in the same words as Yusuf (the Prophet Joseph) spoke unto his brothers:

“No reproach on you this day, God will forgive you, He is the Most Merciful of the Merciful” (Quran 12:92).

Go, for verily you are free.”

On this day, when tolerance and forgiveness were least expected, the Prophet set an example of mercy and forgiveness by releasing all the captives without ransom, and forgiving them for the persecution and brutal torture of the Muslims, which was continuous during the first 13 years of conveying the message of Islam.

All of God’s Creatures

Animals were not ignored and were given many rights in Islam.  For instance, when the Prophet saw a donkey with a branded face, he said:

“Have you not heard that I have cursed anyone who brands an animal on its face or who hits it on its face?” (Saheeh Muslim).

The Prophet once said that a woman was sent to Hell because of a cat that she imprisoned, neither feeding it nor setting it free to hunt for its own food.  On the other hand, the Prophet said, a man went to Paradise for giving water to a dog in the desert that was panting out of thirst.

The Prophet forbade that knives should be sharpened in front of animals before slaughtering.  In addition, the slaughtering of an animal before another was prohibited.  This is clear in one of the Prophetic sayings:

“God calls for mercy in everything, so be merciful when you kill and when you slaughter: sharpen your blade to relieve its pain” (Saheeh Al-Bukhari).

One of the Companions related this incident: When they were traveling with the Prophet, they found a bird with its young ones, so they took them from their mother.  The bird came and started flapping its wings, so the Prophet asked:

“Who has distressed this bird by taking its young? Return them to it at once” (Saheeh Al-Bukhari).

Animal rights were affirmed by the Prophet when he said that anyone who took a living thing as a target is cursed.  Forcing animals to fight till one gores the other was also strictly banned, for animals have feelings and this would be definite torture for them.

The Islamic concept of mercy is holistic and stresses the interconnectedness of all of creation with itself and with the Creator.  Mercy starts with God and is bestowed by Him to every living creature.  Animals and humans alike show each other mercy, to live harmoniously with one another, and in turn, by showing this mercy, they themselves are shown even more mercy from God.  This vision of Islam encourages the breaking down of barriers between peoples and is the underlying foundation upon which both life and civilization are built.